Recently, we have been fighting with a weird issue that was happenning to one of our ASP.NET Core web apps hosted in Azure App Service.

The app was using ASP.NET Core Identity with cookie authentication. Customers reported to us that the application randomly signs them out.

What confused us was at first the fact that the app was being used mostly on mobile devices as PWA (Progressive Web App), and the iOS version was powered by Cordova. Since we have been fighting with several issues on Cordova, it was our main suspect – originally we thought that Cordova somehow deletes the cookies.

Of course, first we made sure that the application issues a correct cookie when you log in. We’ve been using default settings of ASP.NET Core Identity (14 days validity of the cookie and sliding expiration enabled).

We got most of the problem reports from the iOS users - that’s why we started suspecting Cordova. We googled many weird behaviors of cookies, some of them were connected with the new WKWebView component, but most of the articles and forum posts were caused by session cookies which normally get lost when you close the application. Our cookies were permanent with specified expiration of 14 days, so it wasn’t the issue.

It took us some time until we figured out that the issue is not present only in the Cordova app, but everywhere – later we tried to open the app from a browser on PC and it signed us out.

What was strange - the cookie was still there, it was before its expiration, I checked with Fiddler that it was actually sent to the server when I refreshed the page.

Then I got an idea – maybe the cookie is still valid, but the token inside has expired. Close enough - it wasn’t the real cause, but it helped me find the real problem.

I tried to decode the authentication cookie to see whether there is some token expiration date or anything that could invalidate it after some time.

Thanks to this StackOverflow thread, I created a simple console app, loaded my token in it, and got the error message “The key {xxxxxxxx-xxxx-xxxx-xxxx-xxxxxxxxxxxx} was not found in the key ring.”

OK, it is a good thing to get this exception – of course I didn’t have the key on my PC so I wasn’t able to decode the cookie.

So I looked in the Kudu console of my Azure App Service (just go to https://yourappservicename.scm.azurewebsites.net). This console offers many tools and there is an option to browse the filesystem of the web app.

Where are your data protection keys?

The tokens in authentication cookies are encrypted and signed using keys that are provided as part of the ASP.NET Core Data Protection API. There are a lot of options where you can store your keys.

We had the default configuration which stores the keys in the filesystem. When the app is in Azure App Service, the keys are stoted on the following path:

As the docs says, this folder is backed by network storage and is synchronized across all machines hosting the app. Even if the application is run in multiple instances, they all see this folder and can share the keys.

When I looked in that folder, no key with GUID from the error message was present. That’s the reason why the cookie was not accepted and the app redirected to the login page.

But why the key was not in that folder? I must have been there before, otherwise the app wouldn’t give me that cookie in the first place.

By default, the web app runs in another directory so there is no chance that the keys directory can be overwritten during the deployment.

But suddenly I saw the problem – we were using slot deployments. First, we would deploy the app in the staging slot, and after we made sure it is running, we swap the slots. And each slot has its own filesystem. When I opened Kudu for my staging app, the correct key was there.

Because we wanted to resolve the issue as fast as possible, I took the key from the staging slot and uploaded it to the production, and also copied the production key back to the staging slot. Both slots now had the same keys, so all authentication cookies issued by the app could be decoded properly.

When I refreshed the page in my browser, I was immediately signed in (the cookie was still there).

However, this is not a permanent solution – the keys expire every 90 days and are recreated, so you’d need to do the same thing again and again.

The preferred solution should be storing the keys in Blob Storage and protecting them with Azure KeyVault. This service is designed for such purposes, and if you use the same storage and credentials for staging and production slot, it will work reliably.

By the way, a similar issue will probably occur in Docker containers (unless the keys are stored on some shared persistend volume). The filesystem in the container is ephemeral and any changes may be lost when the container is restarted or recreated.

So, if you are using deployment slots, make sure that both have access to the same data protection keys. 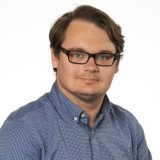